It’s my fifth time to Ft Myers, but I think Jessica’s been there a few more times than I have.  We are VERY lucky in that Jessica’s cousin, Sandy, moved to Ft Myers Beach right about the time Jessica and I met.  That means we have a free place to stay and great company in a wonderful location.  Ft Myers, for me, is a free trip and a time to relax… let’s unpack that statement:)

Free, of course, because we have a place to stay and also because we always consider our airfare to be paid with a combination of Southwest Rapid Reward points and the Companion Pass.  Time to relax is a bit more substantial.  First of all, we have Sandy to be another set of eyes on the kids and she also does a great job baby-proofing her house.  We are helped out by the fact that everything in her house is new for Sebastian, so he generally stays in the common areas instead of exploring all the ornamental glass adorned shelving in the guest bedroom where we stay.  There’s also a side benefit of not being in your own home where one is surrounded by all the chores and projects that need to be done eventually but just aren’t going to be done anytime soon.  That’s the real benefit of going on vacation.  Is that sad?  I don’t know, but it does make vacation that much more satisfying.  Anyway, onto the trip.

Sandy’s house is about 3 blocks from the beach.  Every day, we would mill around the house, eat breakfast, drink coffee, get the kids fed and finally start to think about heading to the beach by about 11am.  The first day we meandered our way along the beach for a total of a few miles on an 80 degree sunny day.  It’s hard to describe how great that feels when just the day before you were experiencing 30 degrees and freezing rain.  I’m not going to wax on about each relaxing moment we had, so I’ll just skip to a few of the highlights.

Our highlights are not of the same caliber as, say, a couple of newlyweds going to explore the less populated of the Bahamas by boat (we did that 🙂 ); now I enjoy a nice trip to the local library.  Going into it, I thought going to the library sounded like a chore.  But, libraries have come a long way in the last couple of decades.  Ft Myers Beach Public Library was probably the best playground Sebastian’s been to in a while.  Why?  #1: No one else was there.  I love that.  #2: There was nothing to fall from, so I can’t be a negligent parent for that.  #3:  All the toys were seemingly healthy learning toys.  I mean it’s a library, right?  Anyway, Jessica had a great idea to get library cards from all the places we visit.  It turns out, though, that you have to be 5 years old to get a library card, so that dashed that idea.  But, the library was great, especially since it was great to cool off from the mid 80 degree weather outside in December.  Not bad, huh?

We also enjoyed our hour long walk through Matanzas Pass Preserve (right behind the library).  The 60 acre preserve is tucked behind the library by just a few blocks, so just about 3 blocks from the beach.  We walked through some mangroves and sat for a few minutes on an overlook on the Matanzas Harbor, the body of water between Estero Island and the main land.  We took a few short cuts, but it is apparently 1.25 miles of trails back there.  If you are planning to venture that way, don’t go around dusk because we hear the bugs will eat you alive.  We didn’t have any issues with no bug spray in the middle of the day in Dec.

Have you ever seen the green flash that happens right as the sun sets on the horizon of the ocean?  Me neither, but I’m always on the lookout for it.  We did see some great sunsets.  That is definitely one of the benefits of being on the west coast of Florida.  I’m not much of a sunrise guy (or any time before 9am), so being on the East coast of anywhere doesn’t benefit me that much.  I can’t mention sunset without showing a pic of Sebastian 🙂 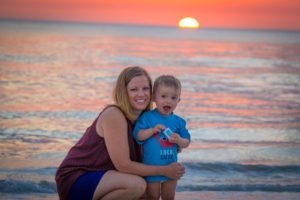 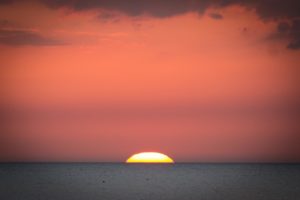 By far the best and most memorable part of the trip was our first sailing lesson!  Captain Terry took us out on his 32′ sailboat.  It was chilly and overcast, but it was awesome!  We’ve been dreaming lately of taking a few years off work and living on a sailboat like the people we follow on youtube.  So, this was our first step!  We had great wind.  We had some times when we were leaning at solid 30 degrees, but we weren’t worried.  Ok, we started out worried, but apparently that angle was perfectly acceptable.  I know that you will heel in a monohull, but it is quite an easy feeling the first time.  It feels like if the wind picks up just a bit more we’re all going for a swim.

So, we spent about 5 days total in Florida vowing to come back twice in 2017 instead of our usual 1 visit per year.  I think it’s going to be a good year for travel. 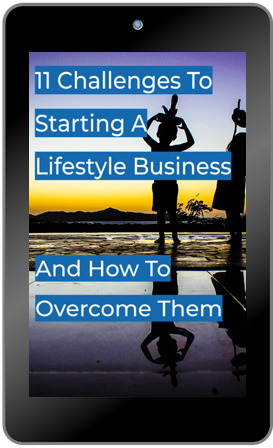